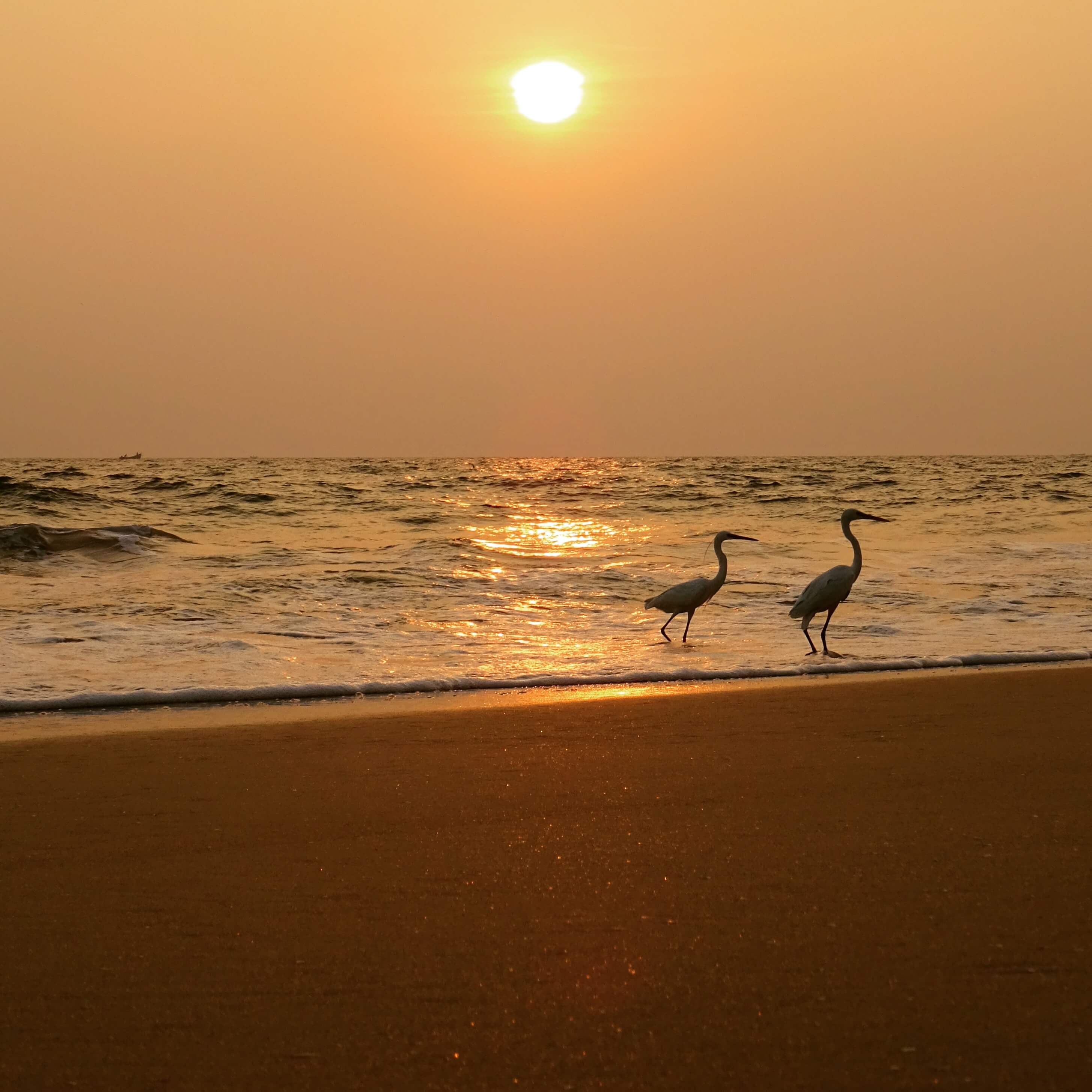 So we left you last time waiting to hear about the drama of our arrival in Varkala. It isn’t too far from Alleppey so luckily, after a couple of hours on the bus and twenty minutes on the train, we arrived at a pretty reasonable time of day. Turns out this was really fortunate as we had to do a last-minute search for somewhere to stay! We don’t really mind turning up without having somewhere booked, but we tend to try to book a place online the day before, just in case of train delays and late arrivals. There’s nothing worse than arriving several hours later than planned, in a new place, in the dark, and having to find somewhere to sleep. So we already had somewhere lined up to stay in Varkala, which we booked online the previous evening (we find that sometimes the prices drop the day before so we’ve had some pretty good last minute deals doing it this way). It didn’t bode well that our tuk-tuk driver from the station had no idea where the place was and had to stop twice for directions, as well as phoning the number we gave him for the accommodation to ask them for directions! When we finally arrived, it looked like an OK place, a little rough around the edges maybe. It was kind of beach hut type rooms around a central social area. However, there was no one at reception and just a few local guys drinking some beers in the seating area. After us hanging around awkwardly for about five minutes, one of the guys finally hung up his phone and came over to see us – only to tell us that our room was no longer available and that we would have to go somewhere else! We had received a Whatsapp message from the manager only the night before, confirming the room, so we thought it sounded a bit fishy. Apparently, someone had asked that morning to stay an extra night, and instead of saying no because the room was already booked they had said yes. One of the guys stepped in to say he had somewhere else that we could stay, if we wanted to have a look. We still thought it was a bit suspicious, but since we couldn’t get hold of the manager on the Whatsapp thread that we had with him, David reluctantly went to view the other place, while I stayed and looked after the bags.

When he came back, David said absolutely no way in hell we were staying in the place he’d been to see (apparently it didn’t even have a proper door!) and there was such a bad atmosphere that we didn’t want to stay in the original place anyway, even if it did turn out to be a mix up. This is where the lovely traveller’s silver lining comes in! We walked one minute up the road and found another place to stay, which turned out to be about a hundred times better and for the same price. We had a private room with our own bathroom and balcony – and the owner was so lovely! He made us breakfast on the roof each morning, and was just so friendly and helpful, it really made our stay.

Varkala is a funny sort of place. Varkala town is several kilometers away from the action, and most people stay at the clifftop overlooking Varkala beach. It’s probably one of the most touristy places that we’ve been so far, but it still has a certain charm. It was a good place to hang out and do nothing for a couple of days anyway, though I think we would have been bored if we’d stayed longer. We enjoyed a stroll along the beach, and a nice walk north along the coastline, but apart from that we mainly hung out in one of the cafes along the cliff, using their wi-fi and recharging our batteries. If you just want somewhere pretty with a beach to chill for a day or so, or you want to book into one of the many lovely looking yoga retreats there, then it’s as good a place as any. But if you’re not a fan of same-y tourist restaurants and shops, or people on package holidays wandering around in Speedos, then it may be wise to give Varkala a miss.

We’re heading ever south towards the very tip of India, and have arrived in our next stop Trivandrum. More about this green city next time!

0 thoughts on “No Vacancies in Varkala”