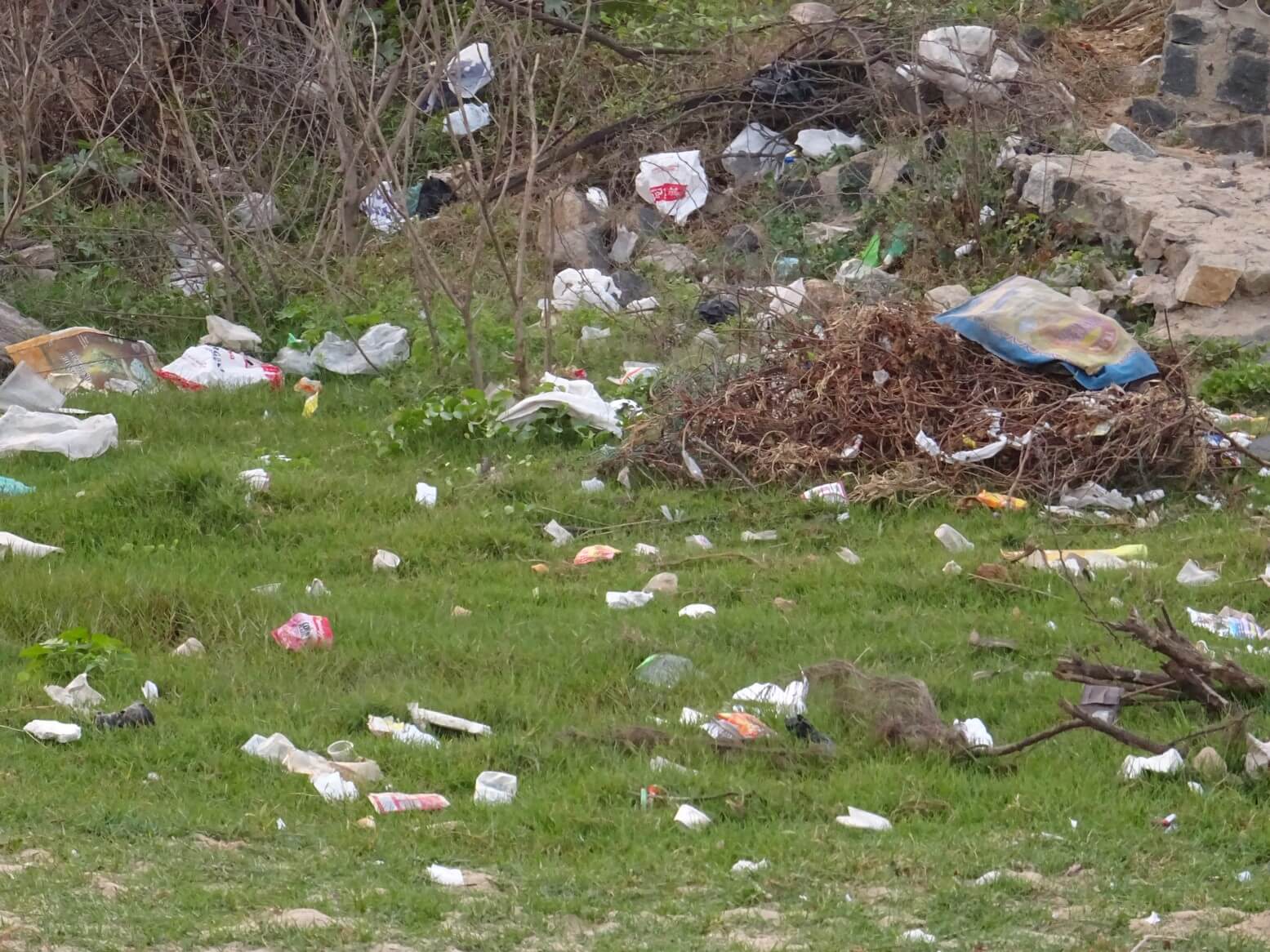 India is a country full of contradictions. It’s serene yet noisy, rich and poor, old yet modern. But as we’ve travelled, one contrast stands out more than the others – India is a beautiful country with some of the most incredible countryside, and yet it is often covered by ugly rubbish. Otherwise breathtaking beaches are festooned with litter, rivers are filled with plastic, and whole ditches by the side of the road overflow with junk. It’s clear that India has a problem with trash.

A few days ago we posted the upsetting image above on our Instagram feed with this caption: “She’s dead. Sorry if this is too graphic, but we could not see what we have seen this evening and stay quiet. In the space of 10 minutes, within 1km of each other on Mamallapuram beach, we saw four dead Olive Ridley turtles. This doesn’t seem right does it? When we did some research, we discovered that hundreds of dead turtles have washed up during the January nesting season each year, for the last four or five years. The biggest cause of this is intensive fishing on the coast of Tamil Nadu, as turtles get caught in trawler nets. Another cause for this is huge amounts of rubbish that gets thrown in the sea. This turtle had bits of netting and plastic around it. It’s made us feel sad and angry, and we don’t know how to help other than making sure that people see it.”

This sparked a small amount of debate in the comments below the image – others agreed that it was awful and that the subject needed addressing, but opinion differed on the causes of India’s rubbish problem. So why does the country have such an issue with waste disposal?

Some argue that the solution is education, whereas others believe that the government needs to provide more facilities. To us, it seems like a combination of the two. Certainly, education would have a positive impact – we have seen people, including young kids, just throw rubbish in the street, out of bus windows and into rivers. We’d like to assume this is because they don’t realise the impact, rather than that they don’t care. But even when people do want to throw rubbish away responsibly, it seems like there are very few resources such as public bins. We have quite often ended up carrying rubbish home with us because we haven’t been able to find any bins. Even in cities where there are supposedly waste segregation or recycling schemes, it seems that there is little incentive for residents to play ball. What happens when India’s waste problem reaches crisis point, and what will the consequences be?

It’s not all negative – we’ve seen lots of signs encouraging people not to litter, like these ones below. So it does seem like some local authorities recognise it as a problem. But often these signs are surrounded by litter, so it’s doubtful how effective they are! We also noticed that many of the signs are in English only, so it makes us wonder who they are aimed at, or even if they are just for show.

We know that this is a small part of a much larger and more complex issue – the faster a country’s economy grows and the more it develops, the more environmental issues it is likely to have. For example, Delhi made headlines worldwide last November when it broke records to become most polluted city in the world, and when we were there you could see the thick smog which hung over the whole place. When a country develops as fast as India is, the result is often a widening gap between rich and poor – with the rubbish issue, the rich are throwing away more stuff than ever and it tends to be less biodegradable and more electronic and plastic waste. Alongside this, some of India’s poorest citizens work as ragpickers. In some landfill sites, this role has been made official with a set (though appallingly small) wage and a uniform, including gloves and other basic protections. But in other landfills, people work in shocking conditions, picking over the waste with bare hands. There are children who spend their days sorting through broken glass and hazardous waste instead of going to school. It’s heartbreaking to think about.

In many ways it feels as if we are not qualified to answer the question of India’s rubbish problem, and indeed it could be argued that as tourists we are contributing to the problem. But this isn’t just happening in tourist areas – we’ve seen piles of rubbish whether we’ve been in big cities or popular resorts, or in more off the beaten path places. Personally, we carry our own water bottles with in-built filters so we can avoid buying numerous plastic bottles, and we try to avoid packaging where we can. But these are small things, and we’d love to know if there is anything more that we can do. The image of those turtles lying on the beach is one that will stay with us for a long time – in our comfortable sanitized lives it is not often that we are confronted with such shocking reminders of the consequences of our modern waste-intensive lifestyles.

If you have any thoughts on this we’d love to hear from you. We’d also be interested in knowing about any genuine volunteering opportunities to help with conservation issues in India and South East Asia.