It’s hard to believe that we have been in Siem Reap for nearly three months now. With this in mind, we thought that you might like to learn a little more about this beautiful country that has captured our hearts. So here are 10 interesting facts about Cambodia!

1. There has never been a McDonalds in Cambodia

Yep, that’s right! Cambodia is one of the few countries in the world where you can’t get your hands on a Big Mac or a Happy Meal.  Rumours circulate every few years that a branch may be opening in one of Phnom Pehn’s many shopping malls or perhaps the airport. It’s not great loss, since much of the food that we’ve experienced here is fresh, healthy and cheap. On the other hand, Burger King have made great inroads here since opening their first branch in 2013.

2. Their flag has a building on it

It’s very unusual to have a building on a flag, but then Angkor Wat is a special kind of place. Cambodian’s are (quite rightly) very proud of this incredible historical site. In fact, it features on their flag, their money, and even their beer! Bonus points if you can name the other national flag which features a building. 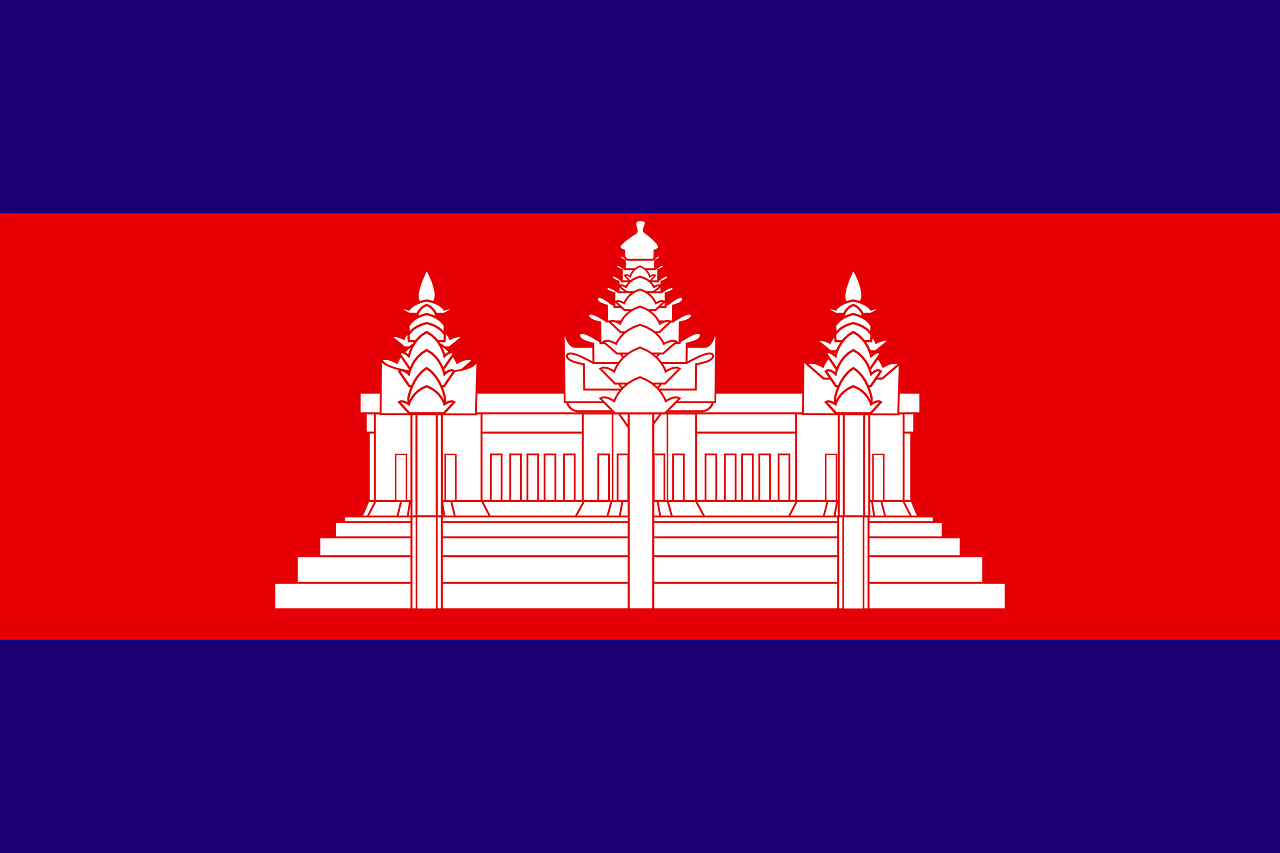 3. It is home to the largest religious monument in the world

Yes, Angkor Wat has made it into two interesting facts about Cambodia, but come on, it is pretty incredible. Dating from somewhere about 1113 and 1150AD, the site itself occupies 500 acres and was visited by nearly 2.5 million people in 2017. Weirdly, the Cambodian government rents the site out to a private company, who run it for profit. Angkor Wat was built as a Hindu temple, but shifted to Buddhism sometime in the 13th Century. It is still used as a place of worship today. 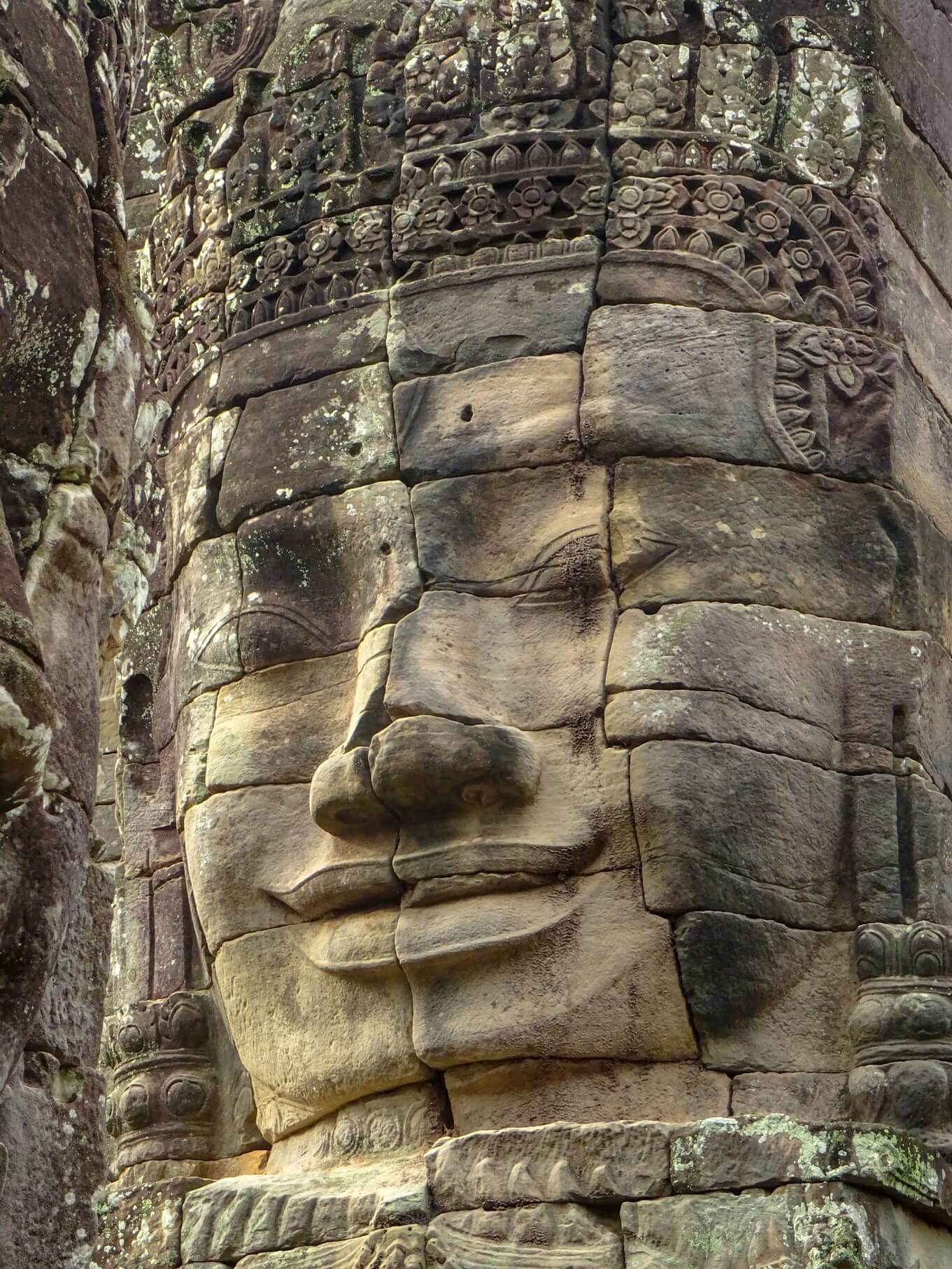 4. It has a really young population

During the horrors of the Khmer Rouge era, somewhere between 1.5 and 3 million people were killed in the genocide of 1975-79. As a consequence of this, the current population is a young one. People under 30 make up 65% of the population, and 26% of the population are aged between 14 and 30. Children are really important in Cambodia – International Children’s Day is celebrated with a national holiday and a day off school. 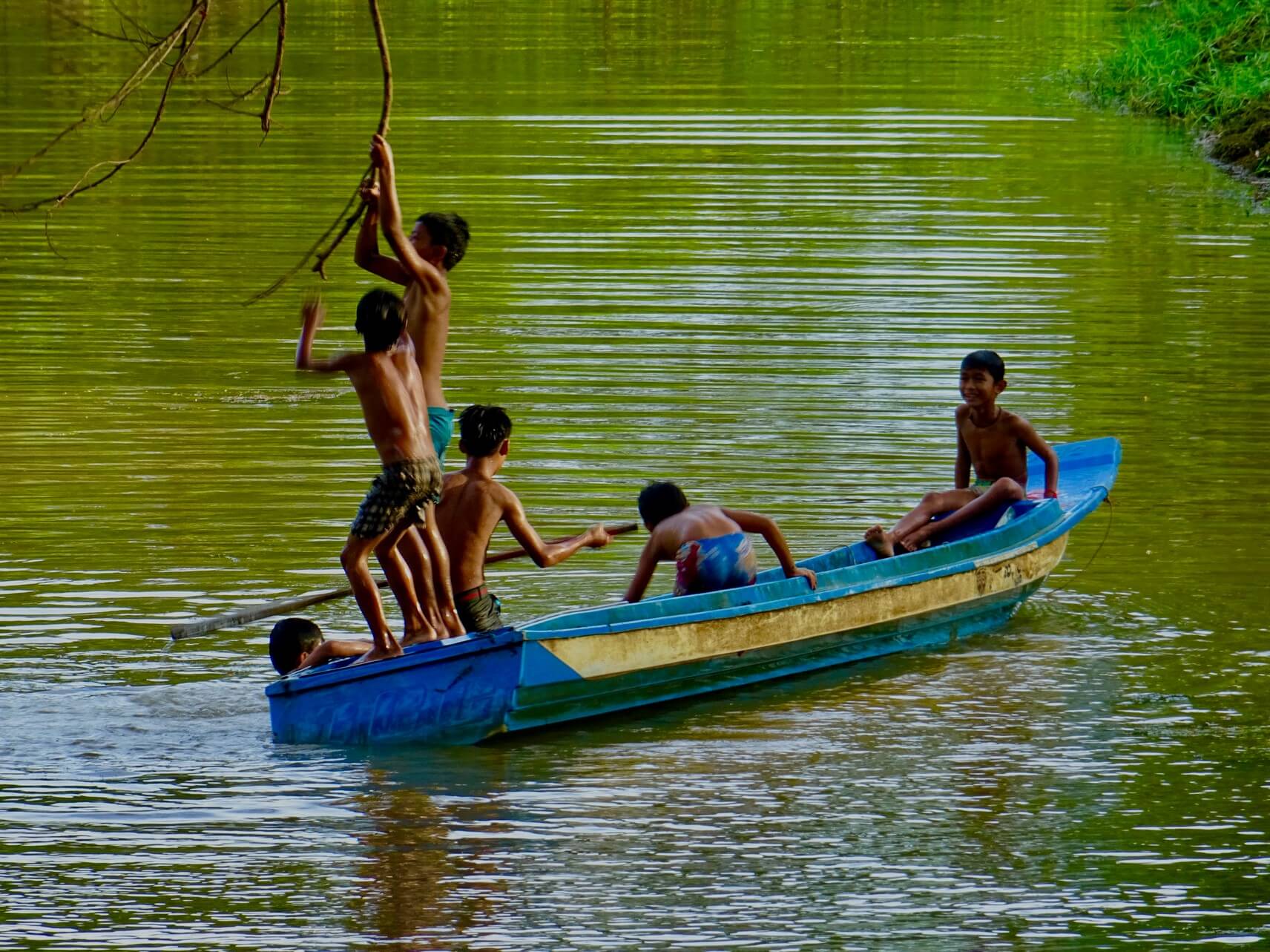 5. The monarchy is non-hereditary

Officially called the Kingdom of Cambodia, the country is a constitutional monarchy. This means that, like the UK, the monarch is the head of state but does not actually rule. The current king is Norodom Sihamoni, who has been on the throne since 2004.  The fact that the 65 year-old does not have any children is actually not as much of a problem as you might think. The crown does not automatically pass to the King’s children, and the King is not allowed to select his own heir. Instead, a new monarch is chosen by the Royal Council of the Throne.

6. Nearly everyone is Buddhist

A whopping 95% of the population are Buddhists, and the official religion of the country is Theravada Buddhism. This is the oldest branch of Buddhism in the world and it adheres to the teachings of Buddha at it’s core. As a result, monks in their colourful orange robes are a common sight here. 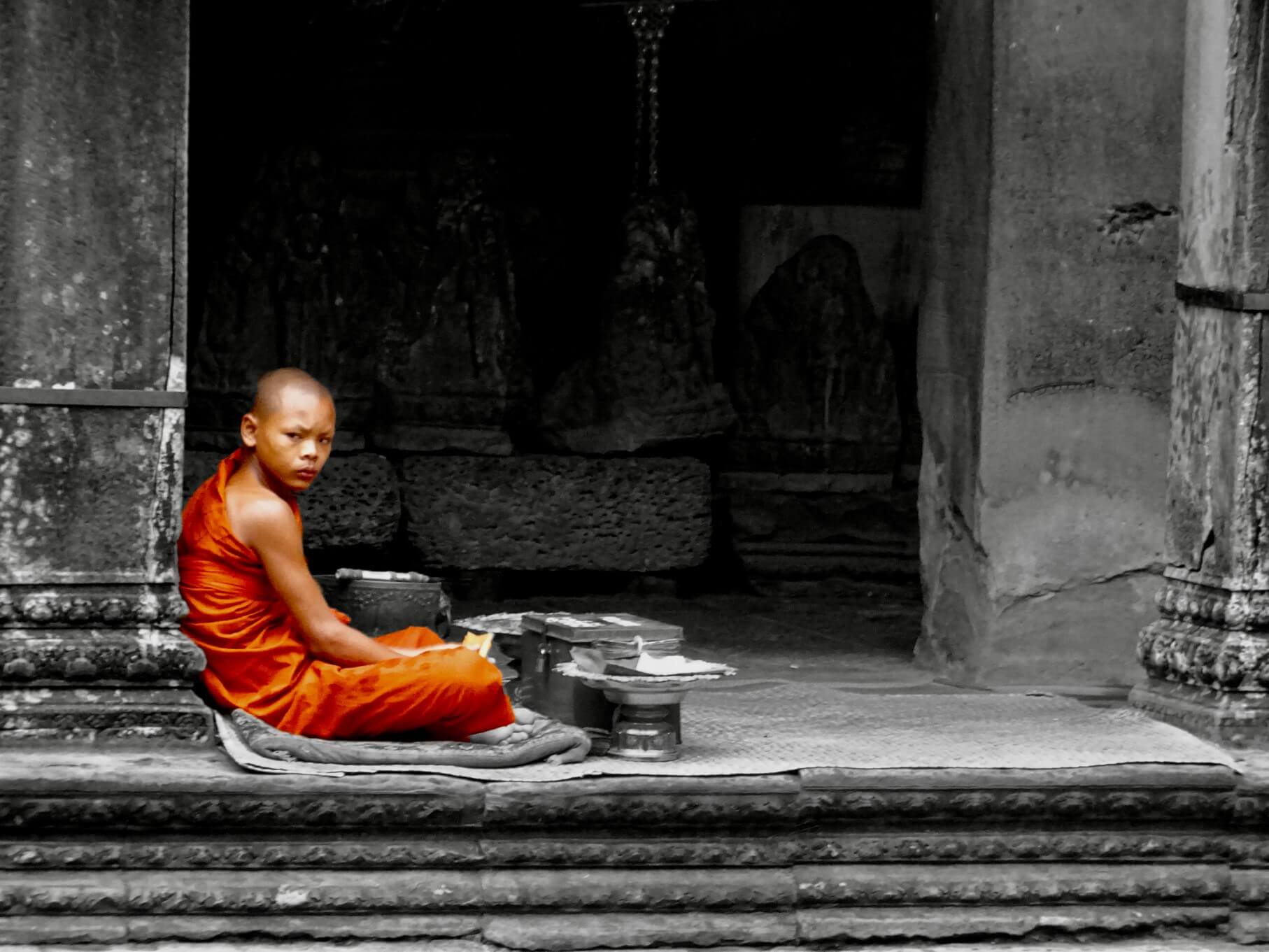 There are 212 mammal species, 536 bird species, 176 reptile species and 1285 fish special recorded as being present in the country. That’s not to mention an uncounted number of butterfly and moth species. Scientists are finding new species all the time in this part of the world. Some notable recent additions include the Klingon Newt (so named because it apparently resembles a Klingon from Star Trek!) and the Ziggy Stardust snake with its iridescent shiny head. 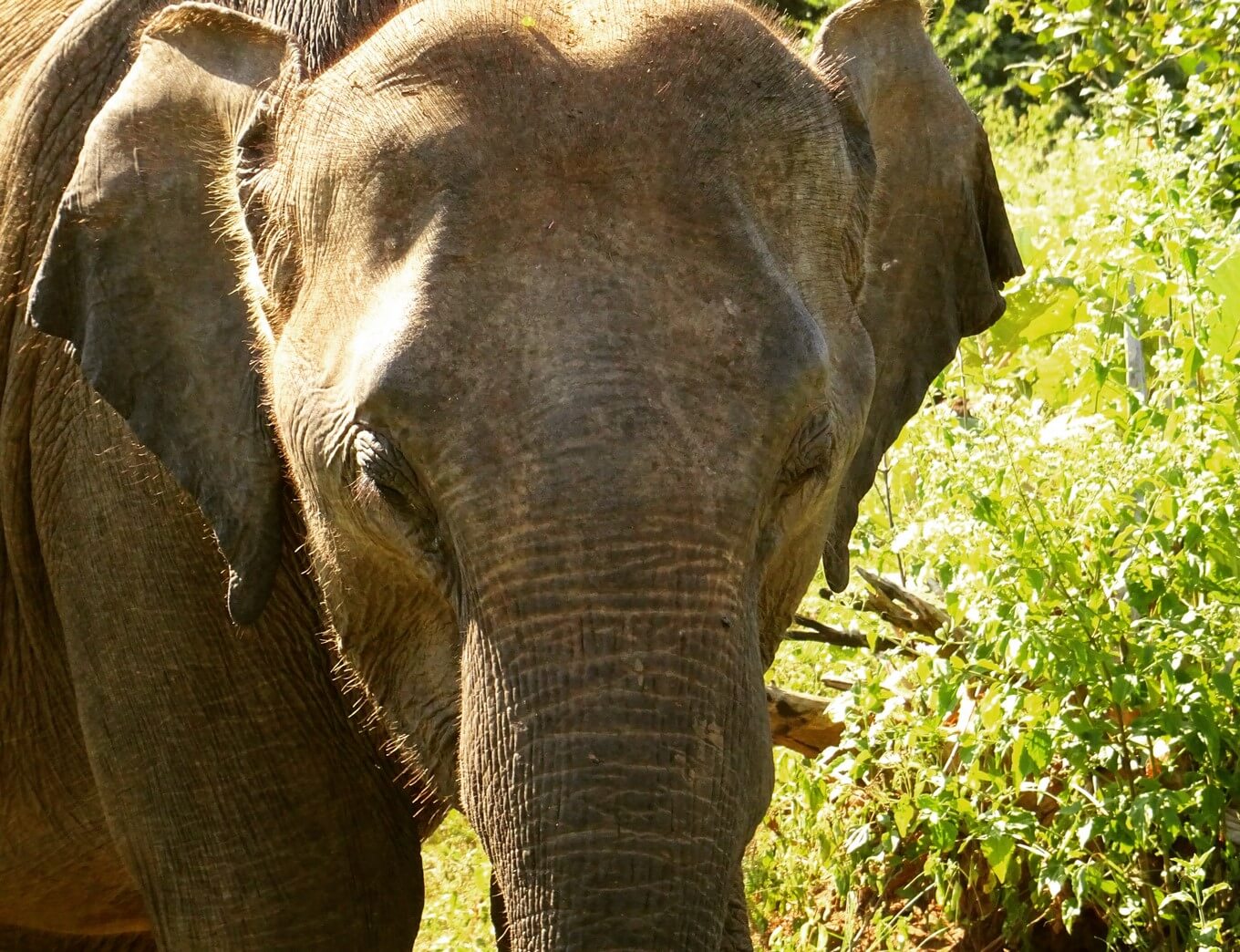 8. It is one of the most heavily mined countries in the world

It is estimated that there are between 4 – 6 million mines and other unexploded ordnances in Cambodia. These are leftover from decades of war – and both US and Cambodian factions are responsible. Unfortunately the victims of these mines are innocent Cambodians. The country has one of the highest casualty rates from landmines in the world. However, one organisation is pioneering a new, safer and quicker approach to clearing landmines – using giant rats! We visited their HQ in Siem Reap to find out more. 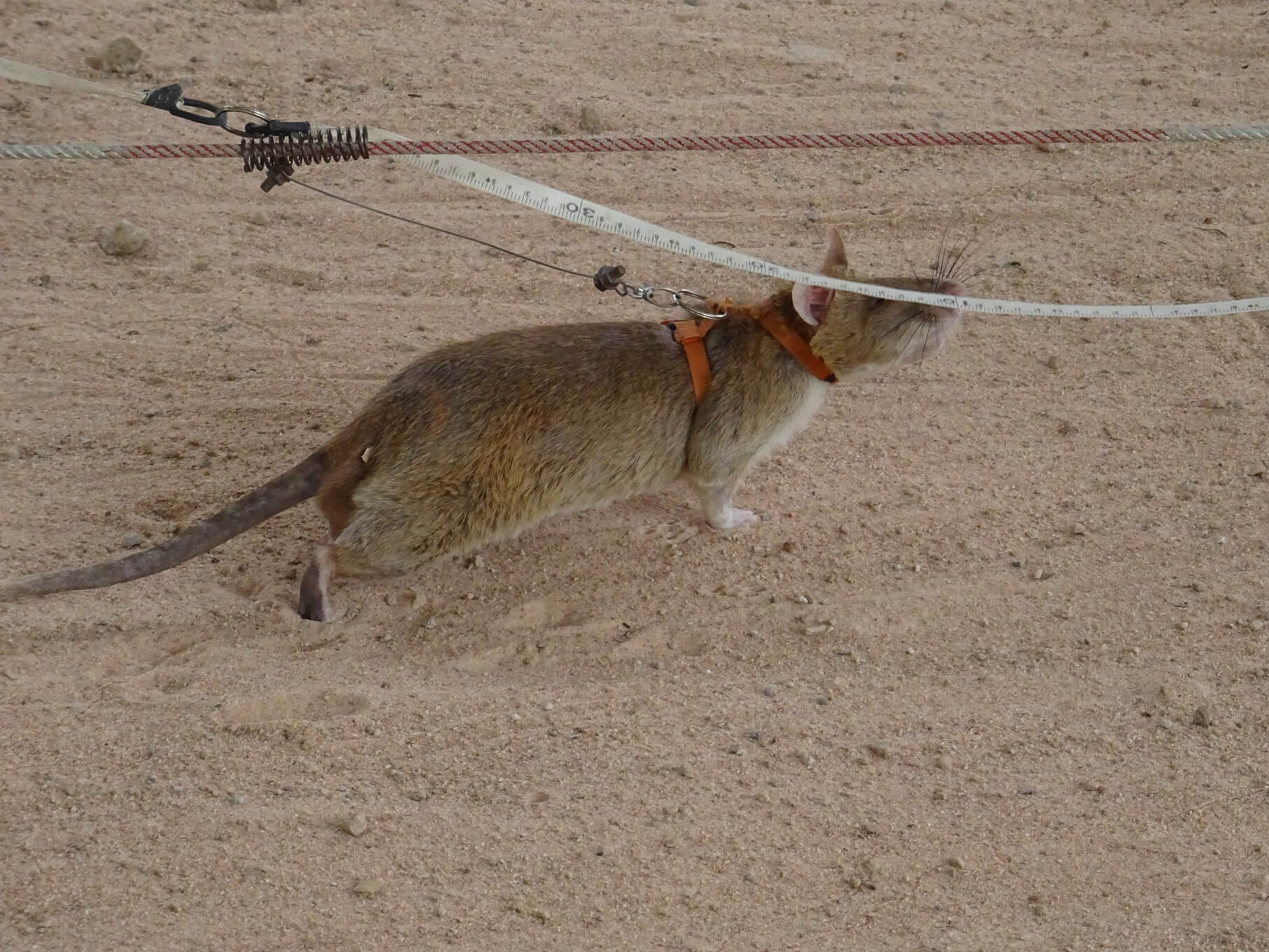 9. There are huge hidden underground cities

Out of all these interesting facts about Cambodia, this is my favourite. In 2015, an airborne survey used cutting-edge laser scanning technology to scan the areas around Siem Reap. They found evidence of huge medieval cities beneath the forest floor. Some are even as big as the current capital, Phnom Pehn. It’s incredible to think that these big settlements have been hidden away underground for centuries. It may have been the largest empire on earth in the 12th Century (you can read more about it here.)

10. It has the only river which changes direction once a year

The Tonlé Sap river usually flows downstream, where it meets the mighty Mekong river at Phnom Penh. However, at the height of the monsoon season, the Mekong is flowing so full and so fast that not all of it can escape to the sea – instead it flows into the Tonlé Sap river. When this happens, the river actually reverses and flows upstream. Therefore, for four or five months of the year, the river flows in the opposite direction and fills the huge Tonlé Sap lake (which is the largest freshwater lake in South East Asia at the height of the wet season). This is the only river in the world which naturally reverses direction on a regular basis.

We hope you enjoyed reading these interesting facts about Cambodia. Let us know in the comments if you have any other facts, we’d love to hear from you! C & D xx

3 thoughts on “10 Interesting Facts About Cambodia – You Learn Something New Every Day!”