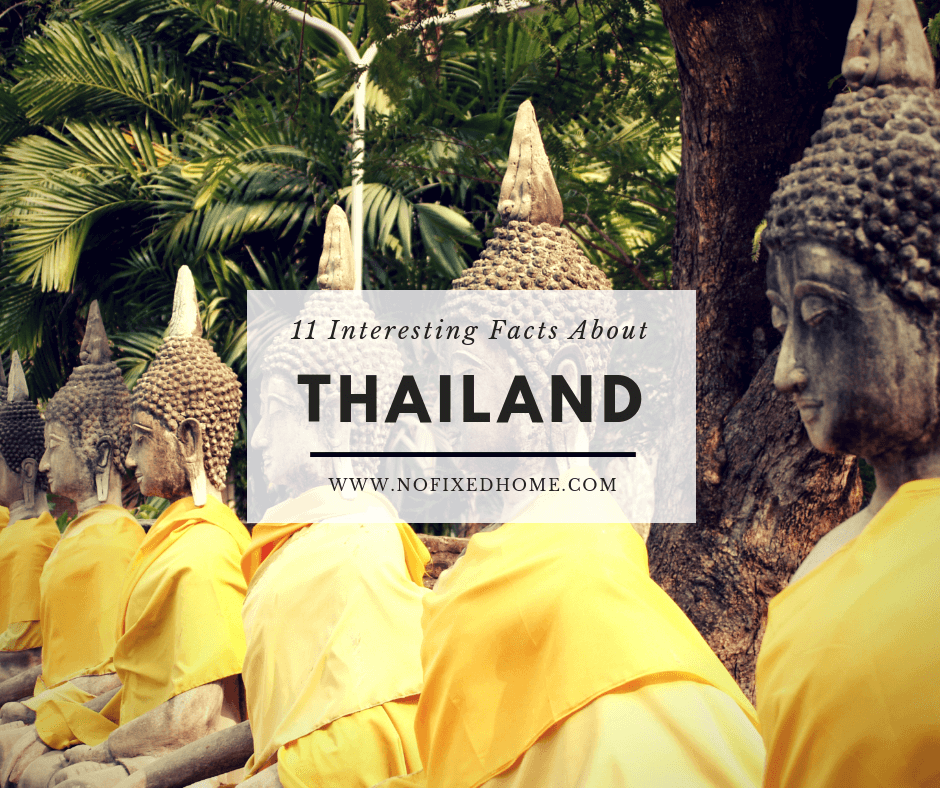 Our time in this beautiful and fascinating country is coming to an end. Before we leave, we thought we’d share with you some of the interesting facts about Thailand that we’ve learned along the way!

1. Thailand has never been colonised

Although the borders and names of the Kingdom have changed many times over the years, Thailand has never been taken over or ruled by any foreign power. Unlike many of its neighbours such as Vietnam, Cambodia, Laos and Malaysia it has never been a colony of a Western country. In fact, it is the only country in South East Asia which can claim this! 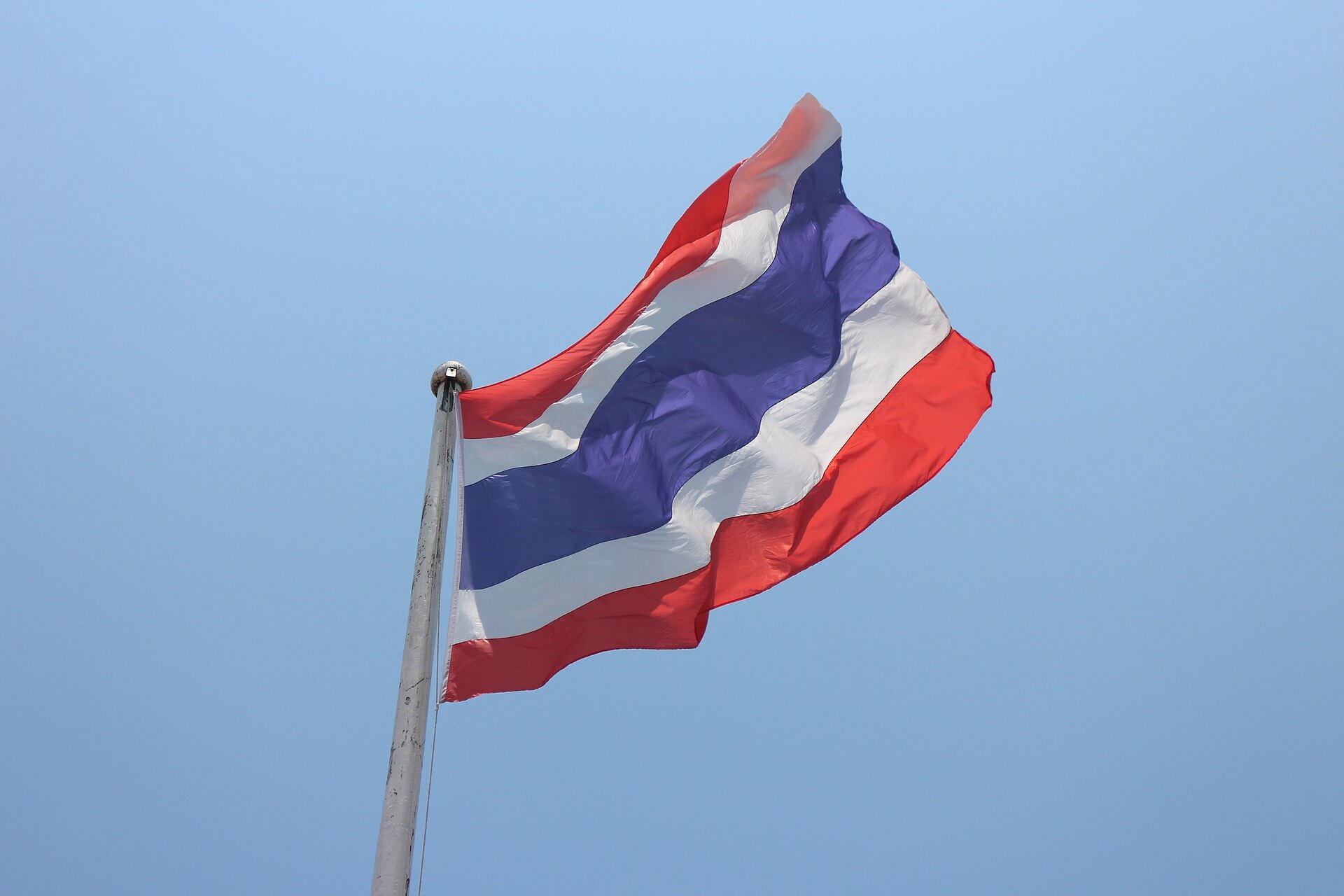 2. Thailand has some pretty unique animals

Time for some animal facts about Thailand! You can find some interesting animals here, including the world’s longest poisonous snake, the king cobra, and the worlds largest lizard, the monitor lizard. You can also find the world’s largest fish – the Rhincodon Typus (whale shark) which can grow up to 12 metres. Don’t let it put you off scuba diving though – apparently, they are fairly friendly and have even been known to be playful with divers! On the other end of the scale, Thailand is also home to the world’s smallest mammal, the Craseonycteris Thonglongyai. Also known as the bumblebee bat, it is only around 30 millimetres in length and weighs about 2 grams – aww!

3. It hosted the world’s most expensive pet wedding

Yep, you read that correctly – pet wedding. In 2014, two cats were wed in a lavish ceremony costing $88,000! The ‘bride’, Ploy, arrived by helicopter while Phet, her husband-to-be, came in a Rolls Royce. Over 500 guest attended the ceremony and the pair went on a honeymoon river cruise afterwards!

4. Bangkok has the longest city name in the world.

This is one of our favourite facts about Thailand. Only foreigners call the capital city Bangkok. Locals refer to it as Krung Thep (City of Angels), which is a shortened version of its full ceremonial name. Which is (take a deep breath to get through this one)…Krung Thep Mahanakhon Amon Rattanakosin Mahinthara Yuthaya Mahadilok Phop Noppharat Ratchathani Burirom Udomratchaniwet Mahasathan Amon Piman Awatan Sathit Sakkathattiya Witsanukam Prasit. Phew! It roughly translates as “The city of angels, the great city, the residence of the Emerald Buddha, the impregnable city (of Ayutthaya) of God Indra, the grand capital of the world endowed with nine precious gems, the happy city, abounding in an enormous Royal Palace that resembles the heavenly abode where reigns the reincarnated god, a city given by Indra and built by Vishnukarn.”

5. It was home to the longest-serving monarch in the world

Since his death in October 2016, the distinction of being the longest-serving living monarch has passed to our own Queen Liz. But the impressive 70-year reign of Thailand’s beloved Bhumibol Adulyadej (King Rama IX) was not the only notable thing about him. He had a lifelong passion for photography and was a keen jazz saxophonist. He was also an Olympic-standard yachtsman and even held several patents for inventions connected with rainmaking and water aeration.

6. It is illegal to sit during the National Anthem

One important fact about Thailand is that it is a very patriotic nation and Thai people are generally proud of their country. The anthem is played every morning at 8 am and every evening at 6 pm. It is also played at the start of every film in the cinema, and viewers must stand out of respect for the King. It is connected to the Lèse majesté law, which states that it is illegal to insult or defame the monarchy. You could even land yourself in trouble for standing on a dropped baht note since it features the King’s image.

7. It’s seen as unlucky to have a haircut on a Wednesday

Thailand is a country of many superstitions, some of which are taken more seriously than others. In Thai culture, it is considered unlucky to have your hair cut on a Wednesday. Where this stems from is unclear. One possible reason is that it used to be the tradition for the King to have his hair cut on a Wednesday, so it may have been seen as disrespectful to cut your hair on the same day. Or it could be connected to an agricultural superstition of not cutting crops on a Wednesday. Either way, some traditional barber shops will still choose Wednesday as their day off today!

8. The inventor of Red Bull was from Thailand

Here’s a fact about Thailand you may not know – your favourite (or not!) energy drink was invented by Chaleo Yoovidhya. Originally sold in Thailand in 1976 under the name Krating Daeng (literally ‘red bull’), the drink caught the eye of an Austrian entrepreneur named Dietrich Mateschitz. He worked with Yoovidhya to adapt the drink for Western tastes. Although the two drinks are sold with similar names and logos, they are two separate companies. Yoovidhya died a multi-billionaire and his family still owns majority shares in both companies.

9. Rice is a key part of Thailand’s cuisine

In fact, if you were to say “I am hungry” in Thai, a literal translation is “I want some rice”! That’s how important rice is here. Popular breakfasts include a thick rice porridge called joke, and khao tom which is a rice soup. You can order fried rice, steamed rice, sticky rice, all manner of curry or veggie dishes with rice…the list is endless. In fact, Bangkok’s backpacker epicentre, Khaosan Road translates as ‘milled rice’ road, dating back from its days as a major rice market.

10. Buddha selfies are a no-no

You’d be forgiven for thinking that you haven’t properly visited somewhere until you upload a selfie if Instagram is anything to go by. But taking a selfie with a Buddha statue could cause offence. One of the key facts about Thailand is that it is a majority Buddhist country and the religion is treated with utmost respect here. When visiting a temple you must take care to avoid pointing your feet toward or turning your back on any Buddha images – so a selfie is out of the question! It’s also seen as incredibly disrespectful to have a Buddha tattoo or use Buddha images as decoration.

11. You can use a golden bathroom

Another of our favourite facts about Thailand! Next to Chiang Rai’s amazing White Temple is a beautifully intricate golden building. At first glance, you would think it was some kind of shrine or other important building, but no – it’s the toilet block! Visitors can relieve themselves in an opulent setting, or pose in front of the magnificent building. 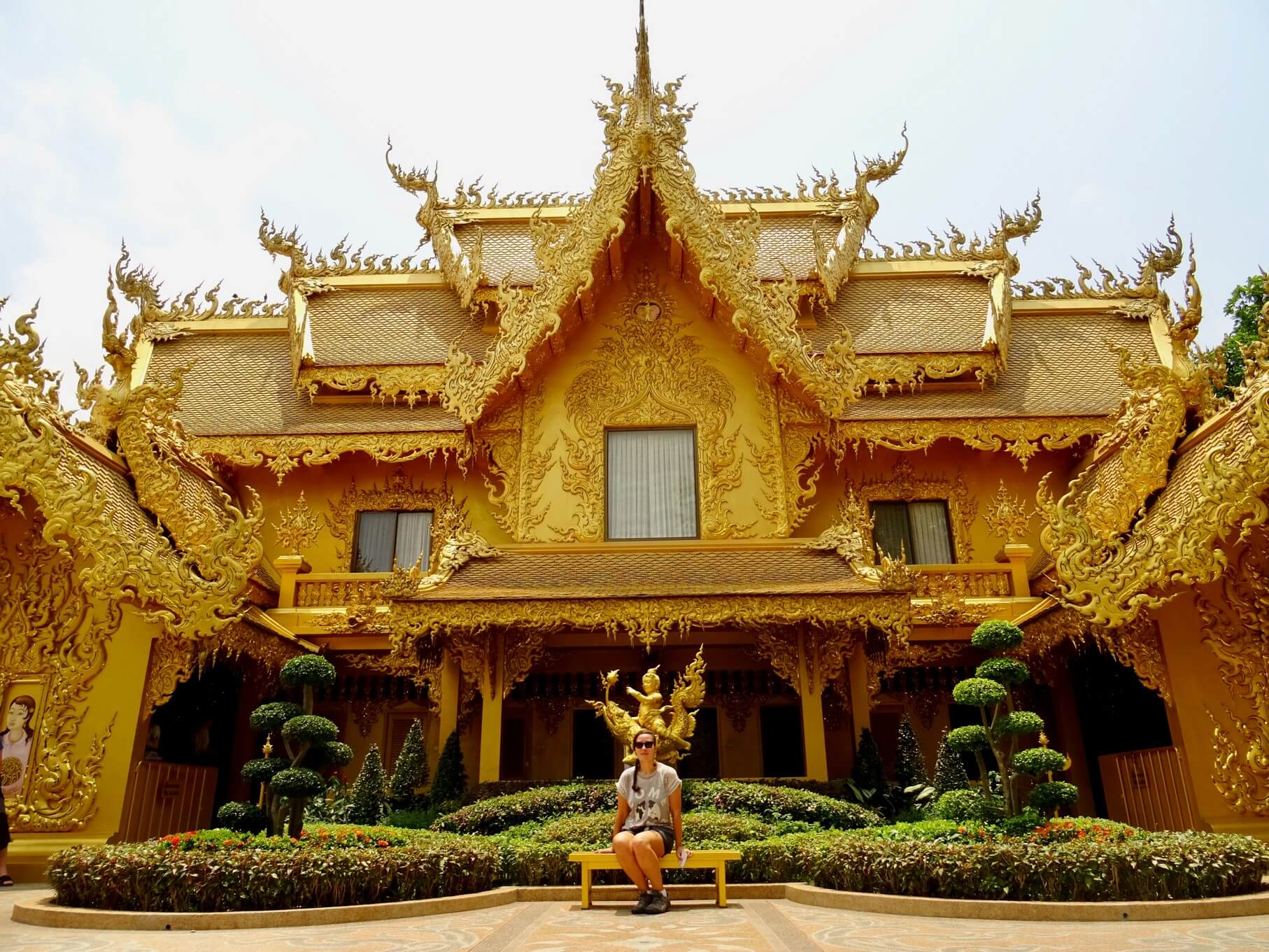 We hope you enjoyed reading a few interesting facts about Thailand – let us know in the comments if you have any to add! C & D xx